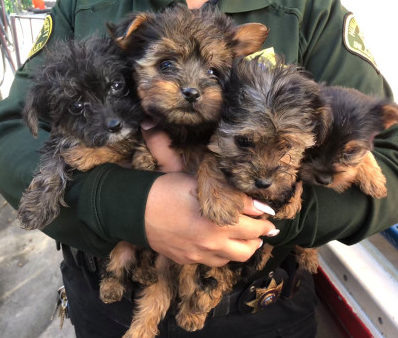 All animal abuse is a concern because it is wrong to inflict suffering on any living creature.

Animal abuse and cruelty encompass a range of behaviors harmful to the animal to malicious killing. Most abuse investigated is for unintentional neglect that can be resolved through education.

Intentional cruelty can be from knowingly depriving an animal of food, water, shelter, socialization, or veterinary care to maliciously torturing, maiming, mutilating, or killing an animal.

Animal abuse and cruelty is a growing concern!

Intentional cruelty is a particular concern because it is a sign of psychological distress and often indicates that an individual either has already been a victim of violence or might be predisposed to committing acts of violence.

Harm to animals or neglect that causes suffering is an important focus for humane societies and law enforcement agencies. When someone who is inexperienced in the field of investigation goes undercover, there’s the potential for serious consequences. One of the best ways to catch the offenders and put an end to the cruelty is by gathering video evidence of inhumane situations.

Many animals are still kept in abusive conditions worldwide.

The fight against animal cruelty is ongoing and despite new regulations. In 2009, TIME ran an article about a private eye who went undercover at a hog farm. The investigator, who went by the name “Pete”, gave up his dream of becoming a cop and left behind his family and friends to pursue a career as an animal rights investigator. His account of the farm and the ensuing court case were featured in an HBO documentary called Death on a Factory Farm. Thanks to his video evidence, Pete was able to uncover horrible conditions at farms and factories of all kinds throughout the country. According to him, the worst was chicken farms, where barely living hens were tossed into the trash after having their necks broken. See the documentary.

Animal Investigators work hard to help animals in jeopardy and to persuade authorities to deal forcefully with the abusers.

Be aware of the signs of animal cruelty and know how to report suspected cruelty to animals. A law is only as good as its enforcement, and that's why animals rely on you to protect them by reporting animal abuse. Animal cruelty private investigators will follow up on reports of animal abuse, remove animals from dangerous situations, and collect evidence for the potential prosecution of the owners in court.

Law student Cody Carlson shared his experience working as an undercover investigator for Mercy for Animals. Readers were so moved by his first-hand account of the horrors of factory farming. You can read Cody’s story in its entirety in VegNews.